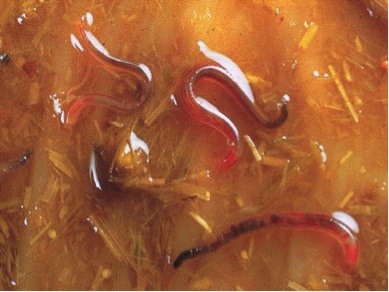 Horses become infected through the ingestion of infective larvae, which ex-sheath in the intestine and migrate, before developing to maturity in the large intestine. 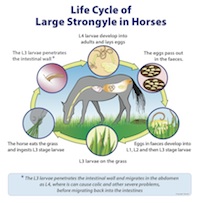 Large Strongyles can be extremely dangerous to the horse. However, low resistance levels mean that control is relatively straightforward.